24 hours of Fire Season In Napa With Sommelier Jodi Bronchtein

24 hours of Fire Season In Napa With Sommelier Jodi Bronchtein

*** Our thoughts and prayers go out to all of our friends, neighbors, and colleagues affected by the Glass Fire, and all of us here at Benchmark Wine Group would like to support relief efforts. To support our community, Benchmark Wine Group will donate 10% of all sales from the following selection of in-stock wines to the Napa Valley Community Disaster Relief Fund. This opportunity to contribute will end at 3 PM PT, Monday, October 5, 2020. Click here to browse this selection of wines.*** 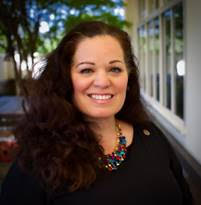 We were busy. I could not find the ’79 Clos Du Val Cabernet. The dining room was full; a mixture of locals, people here for harvest, and a brand-new-to-the Valley three-top that was buying anything I recommended from the late ’70s. Tables were outside as well, even with the smoke from the Deer Park/Glass Mountain fires visible and evident through the masks. I got them the ’75 and gave them my card to contact me so we could pour them the ’79 when I found it. The Howell Mountain winery owners were evacuated but said they were staying in the guest house of another winemaker, a regular guest at PRESS, known for his insanely detailed barrel regimen. They had no news of their property. Three firetrucks went by. They were from San Francisco, I think.

We were busy because everyone was here, talking about the fires, and asking after wind direction and red flag warnings. The Nixle notifications came one after another.

The 2015 Paradigm Merlot is what table 206 outside agreed on to go with their ribeyes. 2015 was the third year of the drought, and the wines from ’15 tend to be concentrated and lush, which is what they were looking for. People don’t drink enough Merlot. Over Table 206, in the dark toward Spring Mountain, three brand-new red mounds were glowing. I could not find the 2015 Paradigm Merlot. This never happens, I think. I got them the ’15 Black Sears Zinfandel instead. I realized I was subconsciously selling a whole lot of Howell Mountain.

Half of the waitstaff left as they got word their homes we being evacuated. I did not tell the winery owners in the dining room. They already knew. We were told the restaurant would be closed tomorrow and everyone left. As I locked the cellars and dumped out the ice buckets, I cried. A man pulled over and asked me if I needed help in the PRESS parking lot two hours later where I was standing, watching the fires getting bigger and praying for Spring Mountain Vineyard, Togni, Fantesca, all the people, all the wineries, Napa. Sonoma.

Schramsburg. Monday brought Diamond Mountain into the fires, and I could not stop thinking about Schramsburg. I woke up to a screenshot from somewhere, asking to send firefighting help there and became literally unhinged. I stayed in bed until noon. The updates came in thick and fast, from neighbors, estate managers, former and current employees, every update painful, but with no human loss. Newton was gone, but the Togni’s were safe. Calistoga Ranch was gone. Mending Wall? Hunnicutt? No word. The estate straddling both counties had a Marin County firetruck around it and was standing. Spring Mountain Vineyard was holding. I took the phone call in a shopping center parking lot. My friend there thought the vineyards would be a firebreak; they were not. The pictures hurt my stomach. He managed somehow to get up there and could hear the fires burning in the charred palm tree trunks. He said he thought, “someone needs to put these out.” Some of the buildings were saved, but he wasn’t confident about the barn that had all the huge, magical, vintage carriages in it. Hard to tell. The caves should be okay, he said.

Click here to shop our pristine selection of wines, 10% of all sales will be donated to the Napa Valley Community Disaster Relief Fund.

I watched a car that stalled during rush/evacuation hour get help from the guy in front of me on Redwood Road by 29. No one honked. I cried while the guy pushed, and the owner steered. Meadowood was gone. Burgess and Girard as well. My most connected and dear friend called and met me in the grocery store I had been in for three hours. We talked and cried in the wine aisle, just as useless and ridiculous as it sounds. But necessary. She had a winemaker, his family, and dogs at her house. He didn’t know if his winery was okay. She made coffee at 3 am and they just sat there. Frank Family Chardonnay was selling at a brisk rate. They were safe, and their evacuated employees were staying at their house. We moved by the Pinot Gris as people don’t drink enough of that, either. She said so far, all was good in Rutherford. No word on Schramsburg. A co-worker of mine saw us and came over. He asked me if I knew what wine I would save if I got back to PRESS. I did. There were two lists; the Valuable and the Emotionally and Historically Valuable. I cried, talking about it.

My friend, who used to work at Meadowood, called. I bought Schramsburg and headed over there. She had not heard about anywhere I was desperate to know about. “So Meadowood is just GONE?” She said this three times. She asked when it would be rebuilt. We had no idea. We ate everything and compared notes. I found out my last residence on Spring Mountain was gone, along with my wine that was stored there. I shrugged. The only thing I cared about was the gifted Rudd magnum that everyone at the winery signed when I passed Advanced. My friends that lived there were safe. I slept on her couch.

Greetings from Napa Valley. There is so much to convey about what is happening here and has been happening since last week. The Glass Fire has grown, morphed, jumped from precious AVA to other precious AVA’s-Howell Mountain to Spring Mountain, Diamond Mountain, St. Helena.

What is not, what cannot be portrayed is how one feels while being here during something like this. If the above was uncomfortable to read, imagine how it feels to be living here. I have no investment in a vineyard, I am not a firefighter, nor a winemaker, a vineyard management company does not employ me. My house is safe and twelve miles away from the evacuation warnings. I have no livestock, or vintages in barrel or a disabled family member to look after in an emergency shelter. No children to soothe. I tell you, this is a traumatic thing. What I do have are these stories. They are not useless.

I have never seen the level of community that I do here in Napa, both now and before this. There are people making food for first responders. There is a man who has been driving up and down Howell Mountain and Deer Park, street by street, filming what is seen and posting it on Facebook. He is taking specific address requests and filming those too. People are offering pasture for animals. The Next Door posts offering to find housing, to give clothing, to lend a flatbed truck. One woman said she has extra chicken feed—another who went to get chickens that were left.

Napa Valley is the first and only Agricultural Preserve in the United States. It was protected in 1968 and that protection lasts until 2058. The talk of livestock and chicken feed seems off-topic, but it is not. The fires will end. Neighbors will continue to come together, and then vines will be again be planted and harvested for certain. The million kindnesses that have already been displayed are heartbreakingly tender.

On SOMMTV, a fantastic streaming service, there is a segment called “Verticals,” where winemakers open four bottles of their choice and talk about them. There is one of Cathy Corison and another featuring Hugh Davies. I watched the Hugh Davies of Schramsburg segment last month. There were home movies and footage of his parents and the estate when he was a child. He tells how it became the first American sparkling wine to be served at the White House, and how family friends saw it being poured on the news and called to tell them. They had no idea. It is an absolutely lovely thirty minutes, full of joy and earnest devotion to the place his parents built. It is all I could think about, Monday; the legacy he carries and all the mostly family-run wineries in Napa carry.

Tuesday morning, my Whole Foods friend sent me a picture of her winery owner evacuation guest, finding out his place was safe the next morning. His face. She also sent a screenshot that three firetrucks and sixteen firefighters saved Schramsburg.

The 2,000 firefighters from all over California that are here, the neighbors- they’re all so unbelievably helpful. You too. The thoughts and hopes and phone calls and concern really do help. Open a bottle from Napa or Sonoma and come back when this is all done. When you get here, to PRESS, sometime in the future, we will toast to this paradise that is suffering, but that will prevail. For certain.

Want to learn more? Subscribe to The Somm Set here.