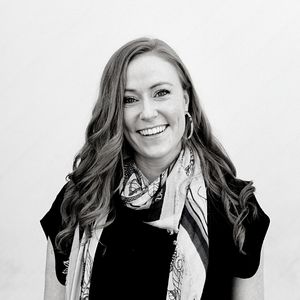 Meghan Zobeck’s career started in a very different world than wine. She began her career negotiating NFL player contracts for the Denver Broncos. She was one of the very few women in this role, helping structure contracts for several Super Bowl and Hall of Fame recipients. Working extremely hard for several years, Meghan created a space for herself in this niche world, challenging the preconceived notions of who someone working in football should be. A lover of wine, Zobeck pivoted and started making her own in her Denver basement. She became an obsessive student of the science and alchemy of fermentation and vineyards, falling deeply in love with wine. Leaving professional football and shifting her energy to wine, Zobeck worked harvests in four countries and sought out great winemakers to mentor and teach her.

As part of her wine education and experience journey, Zobeck worked with famed oenology consultant Michel Rolland at his home in Bordeaux and the biodynamic Clos Apalta winery in Chile. She made natural wines with Fabrizio Iuli at his home in the hills of Piedmont and worked harvest at a winery in South Australia. Returning to the States, Zobeck worked at the legendary Estates Stag’s Leap Wine Cellars and Screaming Eagle in the Napa Valley.

Now rooted in Napa, Zobeck has made wine for both conventional and natural wineries. These contrasting approaches challenged and shaped her winemaking philosophies. In July 2020, Zobeck was appointed Winemaker at the storied Burgess Cellars Zobeck says, “I have developed a deep appreciation for the resilience of mature vineyards in the Valley and have grown nostalgic for the long-lived wines of our region’s past. I hope to honor this place and its history through the lens of my different experiences as we work to create something new.”

If I’m not kicking off a trip with an Aperol Spritz then give me Champagne. I was recently on a, now James Beard-nominated, show on SommTV called Sparklers which was all about pairing food with sparkling wine. My takeaway was just how food-friendly and versatile sparkling wine truly is. So, while we could rightfully save the bubbles for a later course, I do love how popping a bottle of Champagne almost always signifies the start of a fun evening. And who better to sit next to at the bar than Roger Pouillon, Pierre Peters, and Frederic Panaiotis of Ruinart. Frederic is an avid diver so I think we should order oysters, fried squash blossoms, or really good fries, then grab the check and get ready to travel to the next stop.

Let’s ramp things up. On this stop we will be getting rowdy with the notorious Gang of Four and my favorite grape variety, Gamay. For my personal brand, M. Zobeck Wines, I make a Gamay, quite honestly, so that I can drink it whenever I want. Gamay was deemed to be a “disloyal” grape by the Duke of Burgundy in 1395 and has been punk rock ever since. The Gang of Four consists of winemakers Marcel Lapierre, Jean Foillard, Jean-Paul Thévenet and Guy Breton who were raging against conventional, chemical-laden farming when they set out to make responsibly farmed, low intervention wines in Beaujolais. I wonder if they had any idea the movement they would inspire. Now, take the last bite of sardine on buttered toast before you get stuck in a debate about the definition of natural wine. Our Lyft is waiting.

The biggest problem I have with dumplings is I can’t stop eating them. I hope you saved room because we are ordering everything. It’s clear we’ll be here for a while, with our mouths full, so we are going to sit next to some O.G. California wine legends and fill up on history. Philip Togni, Cathy Corison, and Ted Lemon will be joining us at the bar. Cathy Corison smashed the Napa patriarchy as one of the first female winemakers in Napa and has been worshiping at the church of low alcohol since its inception. Hell, she laid the foundation. Ted Lemon was the first American to be named Winemaker at a Burgundy estate, and not just any Burgundy estate but the house that Domaine Guy Roulot in Mersault built. Needless to say, they have stories, and I could sit here all night as these are the folks who have been a source of inspiration to me in my winemaking career. However, we have one more stop so it’s time to go.

Screw dessert, we’re eating tapas at some great rooftop bar so we can take in the city lights. For our final stop, we are drinking Rhône. Pierre and Jean Gonon, Marcel Juge (doing a bit of conjuring) of the North and Daniel Brunier of Vieux Télégraph from the South are already waiting for us. Gonon and Juge are some of the silkiest Syrah’s money can buy. Although at much different price points, Gonon punches above its weight class, and Juge, especially with some age, is incredibly hard to find.

I don’t typically seek out Southern Rhône, but I had a real-life dinner sitting next to Daniel Brunier in which we discussed controlled chaos in native fermentations by way of pied du cuve (PdC). I won’t get into it now but PdC is worth a google. That conversation changed the way I start my fermentations. It seems appropriate that on our final stop we have a toast with Daniel. Now it’s time to call a car. We are going to need a ride.

Established in 2002, Benchmark Wine Group is the leading source of fine and rare wine retailers, restaurants, and collectors around the world. Based in Napa Valley, we acquire the most sought-after wines from private individuals and professional contacts, but only when provenance can be verified by our team of acquisition professionals. Finally, our staff draws on decades of industry experience and is dedicated to providing exceptional service to all of our clients. Of course, Benchmarkwine.com offers 24-hour access to our cellar, displaying inventory in real-time.